Do you think experts are working overtime to make content marketing seem more and more complicated? I do.

Avoid needless complexity. Instead, achieve simplicity with a one-page strategy and a one-page Message Map.

Focus on fundamentals. To make your content marketing great, keep it simple!

Here are 77 quotes about simple content I’ve collected over the years.

These simple ideas for your content marketing are totally worth stealing!

“Everybody gets so much information all day long that they lose their common sense.”

“Knowledge is a process of piling up facts; wisdom lies in their simplification.”

“It does not require many words to speak the truth.”

“The trouble with so many of us is that we underestimate the power of simplicity.”
Robert Stuberg

“The ability to simplify means to eliminate the unnecessary so that the necessary may speak.”
Hans Hofmann

“If you can’t explain it to a 6-year-old, you don’t understand it yourself.”
Albert Einstein

“Nature is pleased with simplicity. And nature is no dummy.”
Isaac Newton

“That’s been one of my mantras – focus and simplicity. Simple can be harder than complex: You have to work hard to get your thinking clean to make it simple. But it’s worth it in the end because once you get there, you can move mountains.”
Steve Jobs

“Simplicity is an exact medium between too little and too much.”
Joshua Reynolds

“Some of the greatest poetry is revealing to the reader the beauty in something that was so simple you had taken it for granted.”
Neil Degrasse Tyson

“Great leaders are almost always great simplifiers, who can cut through argument, debate, and doubt to offer a solution everybody can understand.”
General Colin Powell

“The greatest ideas are the simplest.”
William Golding

“I try to write using ordinary words and simple sentences. That kind of writing is easier to read, and the easier something is to read, the more deeply readers will engage with it. The less energy they expend on your prose, the more they’ll have left for your ideas.”
Paul Graham

“The art of being wise is the art of knowing what to overlook.”
William James

“Truth is ever to be found in the simplicity, and not in the multiplicity and confusion of things.”
Isaac Newton

“Childhood means simplicity. Look at the world with the child’s eye – it is very beautiful.”
Kailash Satyarthi

“Simplicity is the keynote of all true elegance.”
Coco Chanel

“Simplicity is the most difficult thing to secure in this world; it is the last limit of experience and the last effort of genius.”
George Sand

“Simplicity is the final achievement. After one has played a vast quantity of notes and more notes, it is simplicity that emerges as the crowning reward of art.”
Frédéric Chopin

Focus On Keeping It Short

“I try to leave out the parts that readers tend to skip.”
Elmore Leonard

“If you can’t write your idea on the back of my calling card, you don’t have a clear idea.”
David Belasco

“I believe more in the scissors than I do in the pencil.”
Truman Capote

“Our life is frittered away by detail. Simplify, simplify.”
Henry David Thoreau

“He can compress the most words into the smallest idea of any man I know.”
Abraham Lincoln

“He that uses many words for explaining any subject, doth, like the cuttlefish, hide himself for the most part in his own ink.”
John Ray

“The letter I have written today is longer than usual because I lacked the time to make it shorter.”
Blaise Pascal

More on Keeping it short

“When words are scarce they are seldom spent in vain.”
William Shakespeare

“If it is possible to cut a word out, always cut it out.”
George Orwell

“Not a wasted word. This has been a main point to my literary thinking all my life.”
Hunter S. Thompson

“I have the simplest tastes. I am always satisfied with the best.”
Oscar Wilde

“As to the adjective, when in doubt, strike it out.”
Mark Twain

“Be grateful for every word you can cut.”
William Zinsser

“Men of few words are the best men.”
William Shakespeare

“One should use common words to say uncommon things.”
Arthur Schopenhauer

“It’s a bandwidth issue: The more we reduce the amount of information in an idea, the stickier it will be.”
Chip Heath & Dan Heath

“It is the essence of genius to make use of the simplest ideas.”
Charles Péguy

“Perfection is not when there is no more to add, but no more to take away.”
Antoine de Saint Exupéry

“Speak properly, and in as few words as you can, but always plainly; for the end of speech is not ostentation, but to be understood.”
William Penn

“If you ever hear yourself saying, ‘I think I understand this,’ that means you don’t.”
Richard Feynman

“Don’t use words too big for the subject.”
C.S. Lewis 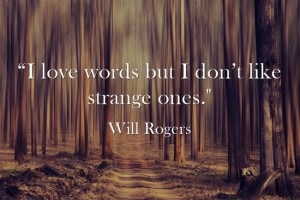 “Out of intense complexities, intense simplicities emerge. Broadly speaking, the short words are the best, and the old words when short are best of all.”
Winston Churchill

“Never use a foreign phrase, a scientific term, or a jargon word if you can think of an everyday English equivalent.”
George Orwell

“Do not accustom yourself to use big words for little matters. A man who uses a great many words to express his meaning is like a bad marksman who instead of aiming a single stone at an object takes up a handful and throws at it in hopes he may hit.”
Samuel Johnson

“The chief virtue that language can have is clearness, and nothing detracts from it so much as the use of unfamiliar words.”
Hippocrates

“The secret of playwriting can be given in two maxims: stick to the point, and, whenever you can, cut.”
Somerset Maugham

“When you wish to instruct, be brief; that men’s minds take in quickly what you say, learn its lesson, and retain it faithfully.”
Cicero

“One day I will find the right words, and they will be simple.”
Jack Kerouac

“Words are like leaves; and where they most abound, much fruit of sense beneath is rarely found.”
Alexander Pope

“When your story is ready for rewrite, cut it to the bone.”
Stephen King

As Ralph Waldo Emerson said, “All my best thoughts were stolen by the ancients.”

Want to simplify content marketing? We’re ready to help you. Write us at: info@crystalclearcomms.com

We hope you enjoyed these 77 Ideas to Simplify Content from Einstein, da Vinci & Shakespeare. 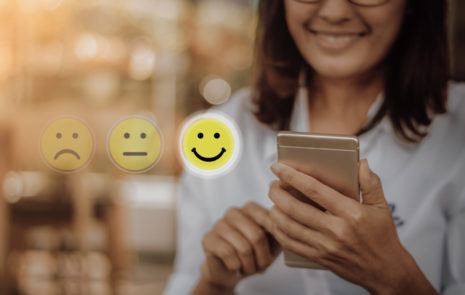 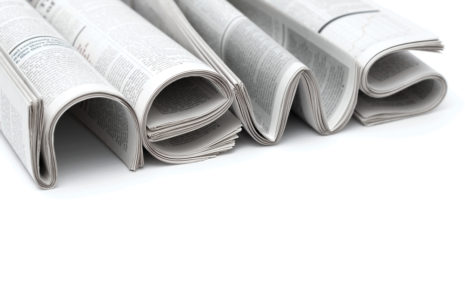 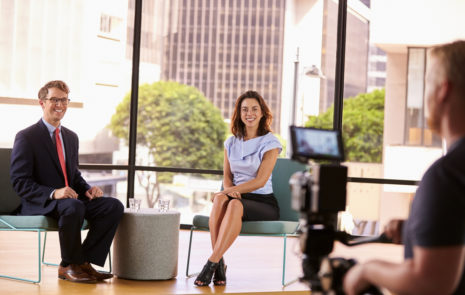 News media interview? Be brief to be remembered.

Research shows that earned media, media coverage an organization did not pay for, drives brand awareness best. And, unlike paid media, it’s free. But to... 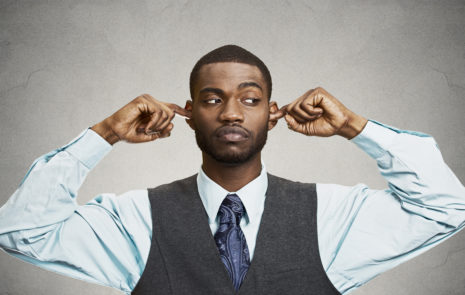 Get your brand message heard clearly in a noisy marketplace