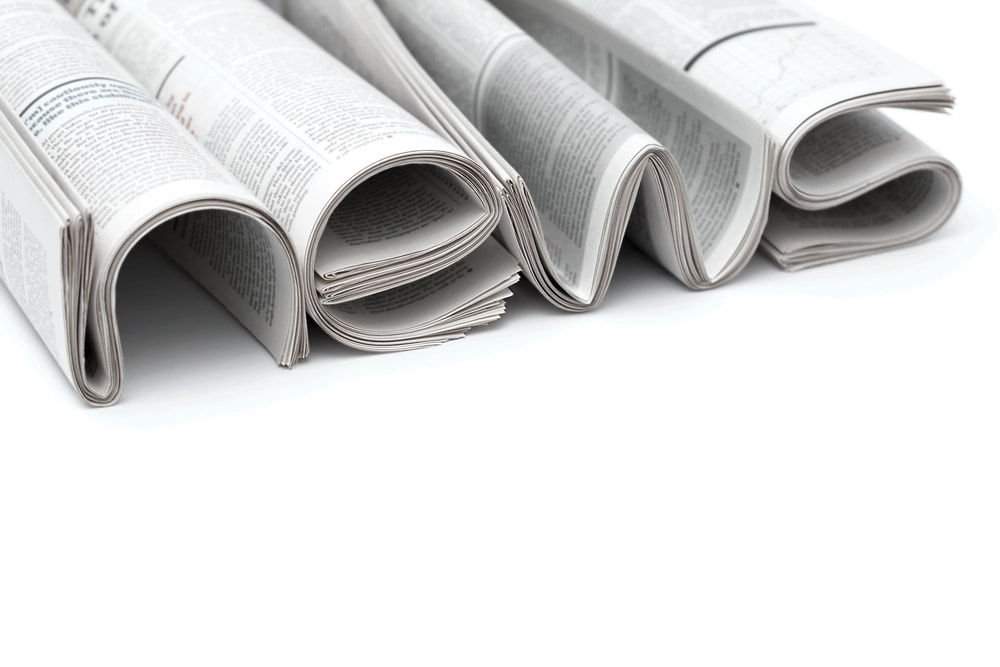 To win attention from customers, inject news into your content marketing.

News freshens your content dramatically. Make sure your content reflects what’s happening with your industry, company, and customers.

Tie content to news through newsjacking. Newsjacking means just as it sounds: you hijack a news or trend story to gain media and customer attention for your brand.

Successful newsjacking requires you to monitor news in real-time, anticipate future events, improvise, and set up an instant-approval process.

David Meerman Scott, the author of the book Newsjacking, shares a story about how an Australian insurance company won news coverage by writing a gimmicky insurance policy and publicizing it through a news release.

When President Obama visited Australia, the company issued a news release, offering Obama free insurance against a crocodile attack. Since all the news media was writing about Obama’s visit, that gimmicky story generated outsize news coverage for TIO.

Similarly, during the Super Bowl, Oreo assembled a team of 15 people who were ready to jump on whatever happened. When the power went out, the team improvised quickly, upstaging others with a Tweet: “Power out? No problem. You can still dunk in the dark.”

When the whole country is watching, even a power outage can be newsy.

To pursue newsjacking, make a comprehensive list of upcoming events that are expected to occur in your industry — those that affect your company, your customers, and even your rivals.

If these events have firm dates, add them to your content calendar, prepare and be opportunistic. If the event dates are uncertain, think through the news angles in advance and prepare as much as you can.

Here’s an example. When I worked at a predecessor of today’s AT&T, we learned that a judge would rule soon on whether our company could compete in a new market. Not only would the verdict affect us, but it would also affect 6 peer companies and all our competitors.

Yet, we didn’t know when the ruling would come. To prepare, we anticipated a range of three outcomes – a win, a loss, or a mixed verdict – and pre-prepared quotes from our CEO accordingly.

As news of the judge’s decision broke, we scrambled to modify one of the 3 draft statements in real-time. As I typed last-minute changes, our vice president of communications literally watched over my shoulder, nervously checking each word. Our goal was to get our statement out to the news media faster than everyone else.

We issued our statement about 30 minutes after news of the court decision broke – a remarkably speedy approval for a Fortune 100 company – made possible by advance planning. Since our CEO was the first of 7 to comment, he was quoted first and most prominently in The Wall Street Journal, with a big-type blurb on page B1.

Even more powerful than newsjacking is news-making. What can you do to propel your company into news headlines?

REI arrested attention by launching its #OptOutside movement as an alternative to Black Friday. The sports gear company closed all its stores and encouraged customers to go outside instead of going shopping. That surprising, brilliant counterpoint to the usual Black Friday shopping stories won mega-attention.

B2B companies successfully employ news-making too. At Tellabs, where we played David in a David-and-Goliath industry, we created newsy content and tied it to major industry trade shows.

For example, on the first day of major trade shows, we regularly fielded industry surveys on controversial topics. We asked telecom experts questions like this: Did they expect a major outage on the Internet – a blackout or brownout – in the next 3 years?

Nearly half of them did! That made headlines. We compiled and published survey results overnight, enabling a news release on the second day of the show.

Other forms of news-making require even more strategy, planning, and investment.

For example, Tellabs commissioned an industry analyst to study trends in mobile telecom. An analyst took weeks to examine the increasing use of data on mobile phones, the need for carriers to build more infrastructure to handle that data traffic, and the resistance of users to paying more for using more mobile data.

Weaving those three trends together and extrapolating 2 to 5 years into the future, the analyst forecast “The End of Profitability” for mobile carriers. That shocking headline enabled Tellabs to win the attention of news media and customers during the world’s biggest mobile trade show, Mobile World Congress in Barcelona.

Not only was the topic controversial, but it also painted a vivid, scary picture of customers’ future. As we unveiled the story, some industry analysts challenged our data, methods, and conclusion.

Controversy is fantastic for newsy content! The more controversy, the bigger the story plays in media.

We briefed analysts and journalists to gain outsized media coverage. We made the content available in many forms – our magazine, a news release, a video, an infographic, a blog, and more.

The news was so big that we even received calls from customers who had never reached out to Tellabs before – including the CTO office at Telefonica and Google.

When customers asked to see the detail of the industry analyst’s study, we made it available – but only through our salesforce. To get the whole story, customers had to meet with sales. Tellabs’ thought-provoking news won a Content Marketing Award.

What’s more, we continued to make hay with the profitability storyline for another year. Our follow-up stories showed customers how to solve the problem, and how to improve profitability by upgrading networks to reduce costs.

News-making requires you to boldly create news out of whole cloth. It takes more focus, effort, and resources to deliver. With the right story, the payoff can be tremendous.

When you don’t want your content associated with a negative news story, use news-shrinking.

Along came al Qaeda. It created a magazine with exactly the same name. Al Qaeda’s Inspire magazine featured headlines such as, “How to make a bomb in the kitchen of your mom.”

When the story about Al Qaeda’s magazine Inspire hit the national news, Tellabs was already at the printer with the next issue of our magazine. On Google, we saw both magazines coming up in searches for “Inspire magazine,” inviting confusion and controversy.

We needed to distance ourselves from Al Qaeda quickly. I had to say, “Stop the presses.”

Overnight, we renamed Tellabs magazine and redesigned the masthead. The first issue of the renamed Tellabs Insight appeared later that week. Confusion about the two magazines was nipped in the bud.

Later, we found social media posts about why Tellabs had changed the name of our magazine:

Sometimes a Google search is enough to tell you what you need to do. In this case: Act quickly to disentangle Tellabs from the al Qaeda story. Change the magazine’s name to avoid confusion.

To make your content fresher and bigger, use newsjacking and news-making.

When it’s time to distance yourself from negative news, apply news-shrinking.  Together, these approaches keep your content fresh, newsy, and unique.

Using news in your content marketing is one topic we’ll discuss in my ANA workshop, Fast-Forward Your Content Marketing, on April 12 in Chicago. 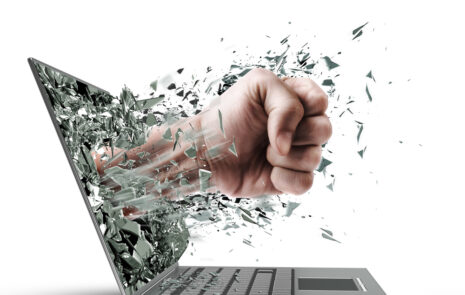 Free Book! High Conflict – How To Communicate with People Who Hold Opposite Views

Do you find yourself avoiding people who hold an opposing political view, or self-censoring your words to avoid starting a fight? Civil discourse has... 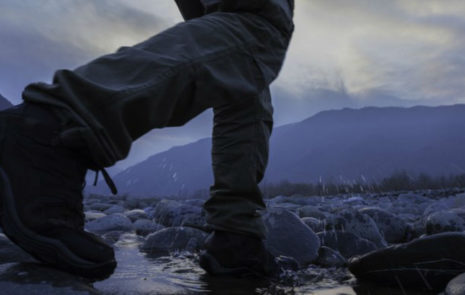 5 Ways to Speed the Buyers’ Journey from Content to Cash

I spoke to a standing-room-only crowd on “Speeding the Journey from Content to Cash” at Content Marketing World. Here’s a video of my talk. To speed the... 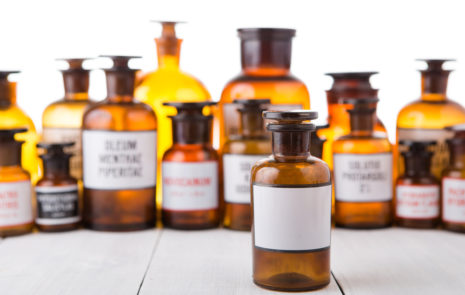 Maybe you’ve seen this moment coming for years. Slowly, it’s dawning on marketers that our audience’s appetite can’t begin to match the amount of content... 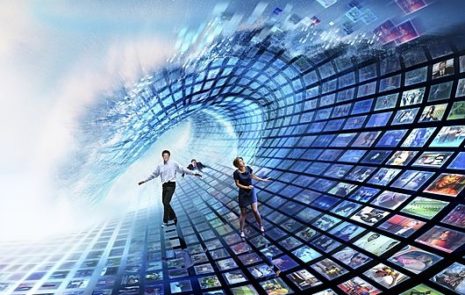 Danger & Opportunity Ahead: 3 Trends That Will Shape Content Marketing

What’s the state of content marketing today, and what challenges lie ahead? Listening to more than a dozen great speakers at Content Marketing World...