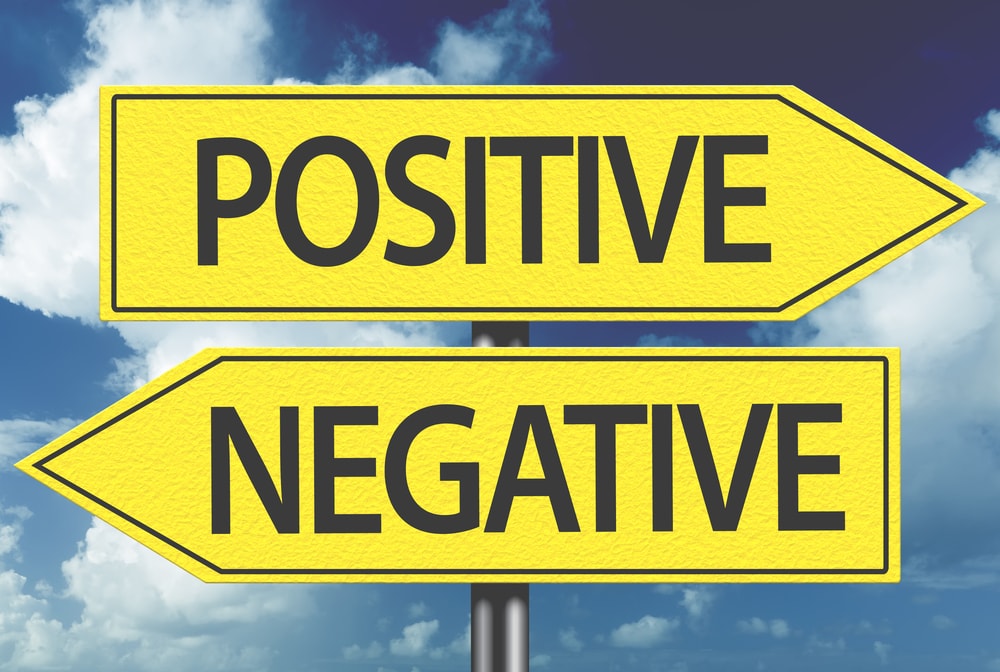 Are you scaring your audience unintentionally?

When you create a marketing message, stay positive. Negative statements may be scaring your audience unintentionally.

“A single negative word can increase the activity in our amygdala (the fear center of the brain). This releases dozens of stress-producing hormones and neurotransmitters, which in turn interrupts our brains’ functioning,” writes Terese J. Borchard.

The amygdala or lizard brain reacts to the implicit threat in negative words such as no, never, nothing, none, no one, don’t, won’t, and can’t.

The problem is: negative words say what you don’t mean. But they leave audiences wondering what you do mean.

Lead with the positive

To win your audience over, make your message positive. Always lead with a benefit that answers your audience’s question: what’s in it for me? (WIIFM?)

Let’s demonstrate some of the problems with negative statements.

He did not fail the test.

He passed the test.

Which is easier to understand?

Even more confusing is a negative statement without a counterbalancing positive statement. For example, if someone tells you what not to do – without telling you what to do – they may invite confusion or malicious obedience.

An example of confusing negatives comes from France. Drivers frequently see French speed limit signs like this one: “Not 70.” This sign appears when a zone of 70 kilometer-per-hour speed ends.

It tells you not to go 70, without saying how fast to go. I blame confusing speed-limit signs for a speeding ticket I got in France.

It feels unfair to get ticketed when in fact I obeyed the sign by not going 70.

To be clear, skip the “not 70” signs in your marketing message. Post the speed you want drivers to go. Tell them what to do.

‘Please do not sit down’

In his media training workshops, my friend Tripp Frohlichstein makes a point about avoiding negative statements. He says to his seated class: “Please do not sit down.”

At first, people react by looking at each other with confused expressions on their faces.

A few seconds later, someone stands up. Then others follow his or her example, proving the point – negative statements are so confusing, they slow your audience down.

Audiences may hear the opposite meaning

When you use negative words, or drop an implied negative word, audience members may take away a different meaning from what you intended.

One example from everyday speech: “He could care less.” The intended meaning may be the opposite: He couldn’t care less.

Here’s the problem: when you use a negative statement, your audience gets to choose which meaning to take away. It won’t necessarily be the meaning you intended.

Especially avoid double negatives. That is, don’t tell your audience what’s not in it for them.

That sentence takes a while to process, eh?

In English, even a double positive can act like a double negative. Yeah, right.

Negative words confuse your audience because of the way human brains work.

Andrew Newberg, M.D., and Mark Waldman wrote in Psychology Today, “If I were to put you into an fMRI scanner — a huge donut-shaped magnet that can take a video of the neural changes happening in your brain — and flash the word ‘NO’ for less than one second, you’d see a sudden release of dozens of stress-producing hormones and neurotransmitters. These chemicals immediately interrupt the normal functioning of your brain, impairing logic, reason, language processing, and communication.

“In fact, just seeing a list of negative words for a few seconds will make a highly anxious or depressed person feel worse … the more you ruminate on them, the more you can actually damage key structures that regulate your memory, feelings, and emotions. You’ll disrupt your sleep, your appetite, and your ability to experience long-term happiness and satisfaction.”

Is that the reaction you want? Scaring your audience?

Exceptions to the rule

That said, there are 2 exceptions to the rule of avoiding negative words in your marketing message.

1.) Don’t let your opponents or competitors put words into your mouth. Never, ever repeat your opponent’s allegations against you.

Remember Richard Nixon’s most memorable quote: “I am not a crook”? To many people, that denial proved he was a crook. Months later, the truth emerged.

If someone asks you, “Are you a crook?” — assuming you’re not — reply “That’s not true.” Don’t fall into the trap of repeating the word your foe is trying to put in your mouth: crook.

If you are a crook, it’s best to take Abraham Lincoln’s advice: “It is better to remain silent and be thought a fool than to open one’s mouth and remove all doubt.”

2.) Some marketers consciously choose to market by using FUD – fear, uncertainty and doubt. In that case, negative language becomes useful because its purpose is to scare the audience, intentionally.

But FUD can backfire if the audience is smart enough to feel it’s being manipulated by scary messages. And FUD may cause the audience to miss the parts of a message that follow the scary part.

Here are 3 ways you can make your everyday language more positive. Instead of using a negative statement reflexively, convert it to the positive.

Have a very positive and prosperous New Year!