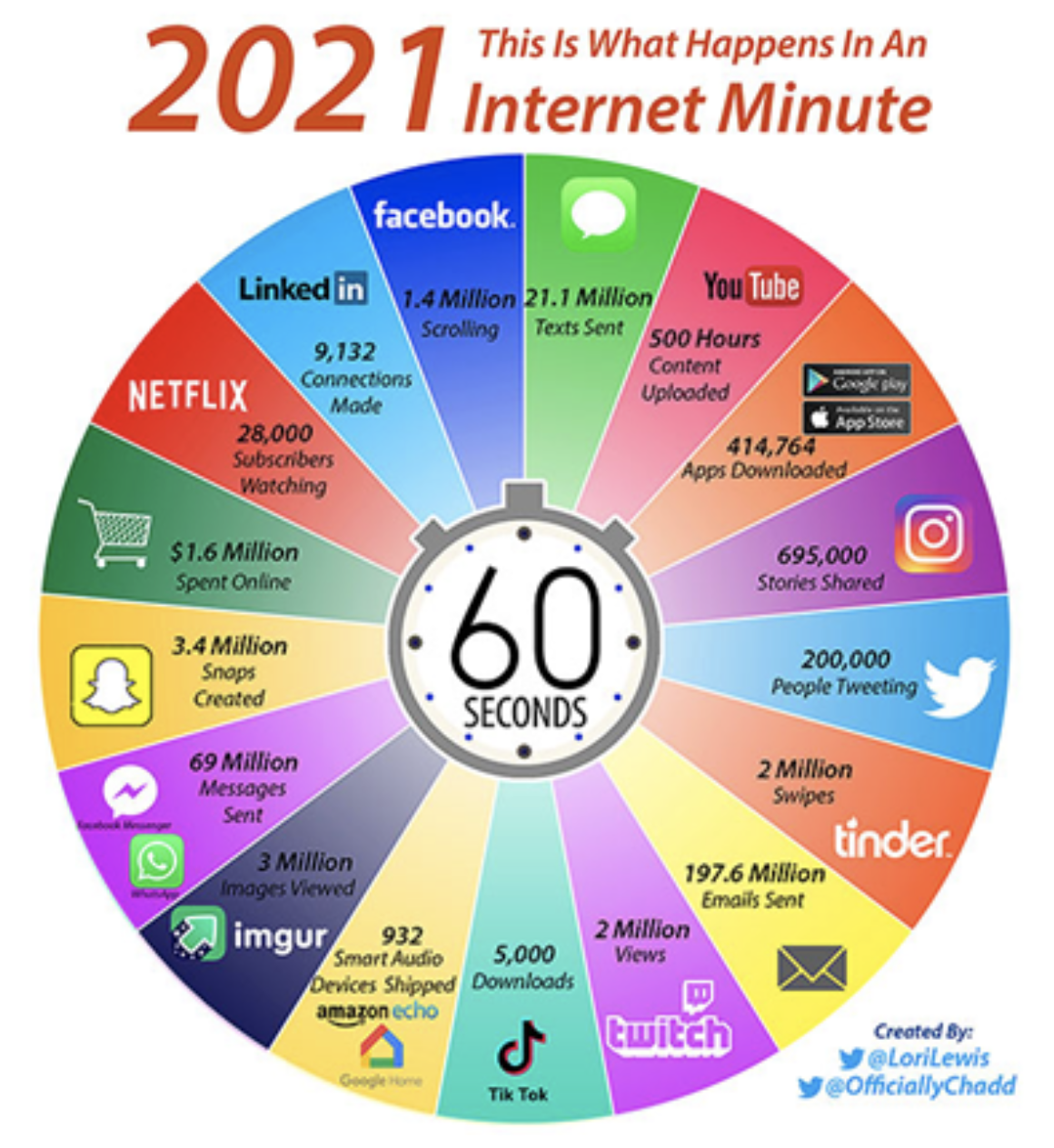 Why You Need to Hook People’s Attention in 7 Seconds

Ever wonder why it’s so hard to hook people’s attention?

Consider all that happens in an Internet minute. Each minute, people use the Internet to:

That’s lots of other people competing for the attention of your customers.

No wonder it’s so hard to hook people’s attention!

To hook people quickly, tell people what’s in it for them? in 7 seconds or less. Seven seconds is the length of an average sound bite on TV or radio news. In text, it’s about 23 words.

Why are people’s attention spans so short?

That’s why you need get to the gist in 7 seconds. No matter how complicated your topic, no matter how long it takes you to share your story today, you can tell a story in 7 seconds by using a Message Map. Here’s how.

Here’s a picture of that process.

Human brains seek to conserve energy, maximize rewards, and minimize effort and risk. While a brain is only 2% of a person’s total body weight, it consumes 20% of their energy. No wonder brains always seek the easier path.

Lazy brains are why humans make most decisions the easy way – by reflex or habit – rather than the hard way, by setting and achieving goals. In each moment, brains naturally seek to conserve energy.

Any message runs up against the obstacle of lazy brains. Thanks to insights from neuroscience, what’s going on inside people’s brains is better understood. That means you can take specific steps to improve the odds of creating a successful message.

How does memory work when it comes to making decisions? “Memory fuels decision-making and it is a lens on the future,” Simon says. “The same brain areas that reminisce are those that plan for the future.”

Most of what people forget is not about the past, but the future.

Most memory problems, up to 80%, involve prospective memory – when people forget to act on an intention they formed in the past.

People who hear your message at Point A often don’t follow through on their intentions at Point B. Instead they forget, choose another company, or stick with the status quo. When that happens, you lose a customer and a sale.

For more ways to hook people’s attention, subscribe to our blog.

Why don't people act on intentions they formed in the past?

"People forget to act when the reward is not compelling enough," Simon says. People don't act if the effort or risk is too great, when there's a time delay between the action taken and the benefits to be received, or when they worry about what others will think of their decision.

To overcome these tendencies, help people act on their previously formed intentions:

Strong messages help people identify their own intentions and clarify new intentions now, at Point A. Messages succeed when they help people remember the rewards promised at Point A as they reach Point B to make a decision.

How do you apply this model in practical terms?

Here’s an example. At Point A, a company can sponsor a big movie opening with content from the new movie in their TV ad. At Point B in the future, when someone sees the new movie, movie promotion, or toys from the movie, they'll be reminded of the message received at Point A. So, they’re reminded to take action at Point B.

To help buyers act on future intentions, focus on 3 steps:

"It is important and satisfying to control what people remember," Simon says. To do so, help people pay attention to your message, sustain attention over time, and remember the right 10% of your message.

What causes people to forget messages?

Neuroscientists call the enemy inside your buyers' brains habituation.

Human brains habituate quickly. For example, most people ignore background noises such as music, road noise, airplanes, air conditioning, and even coworkers – until they're called to attention.

Listen. Do you hear any of these stimuli now, even though you didn't notice them before? That shows the power of habituation. Habituation undercuts attention.

New stimuli break through best when they're novel.

But even the most novel stimuli quickly become not-so-special. “A person’s last experience is their new expectation,” says Ron Tite.

In a world where people are bombarded with up to 30,000 messages a day, thanks to habituation, people have learned to tune out almost every single message.

So how can you gain and hold people's attention?

No one can do anything about subjective arousal. Instead, focus on creating an internal variation of stimuli to avoid habituation and hold attention.

Simon says, "It's getting very difficult to keep people focused. It is getting brutal. The threshold for stimulation has changed. We have to work harder at varying the stimuli.

“I'm asking, 'Are you making it possible for your audiences to look away?' How often do you provide a 'cut'?" To hold an audience's attention, vary the stimuli frequently.

For maximum impact, vary the stimulus by going back and forth between two types of stimuli, as shown above. The arrows point both ways as a reminder to keep changing the stimuli back and forth.

"Any time you change between any of these stimuli, you get the brain to refresh attention. For a brain to appreciate any state on this list, it has to know the prior state. We wouldn't appreciate simplicity unless we knew the complexity that it has come from," Simon says.

To hold people's attention, change up the stimuli.

Bring people surprises and changes they don’t expect, instead of delivering what they do expect and have become habituated to. Keep your sights on which part of the message you want audiences to remember. "Use change to draw attention, but keep your metaphorical 10% [the main message] constant," Simon says.

Consistently reinforce one message – your home base and positive points – again and again. As you repeat it, vary the message by changing the stimuli.

What's important is that, unlike short-term memory, place cells never run out of capacity. Brains store consistent messages in their place cells.

Keep your message consistent, but not totally predictable! Deliver your message with varying stimuli and it will break through everything that happens in an Internet minute, reaching even the laziest brains.

For more ways to hook people's attention, subscribe to our blog.